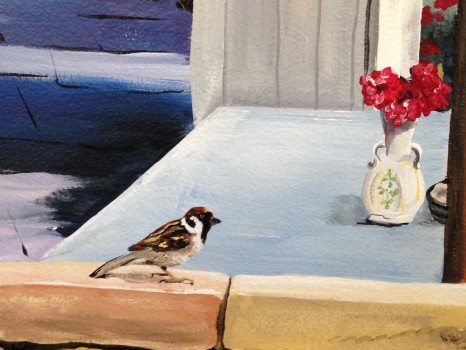 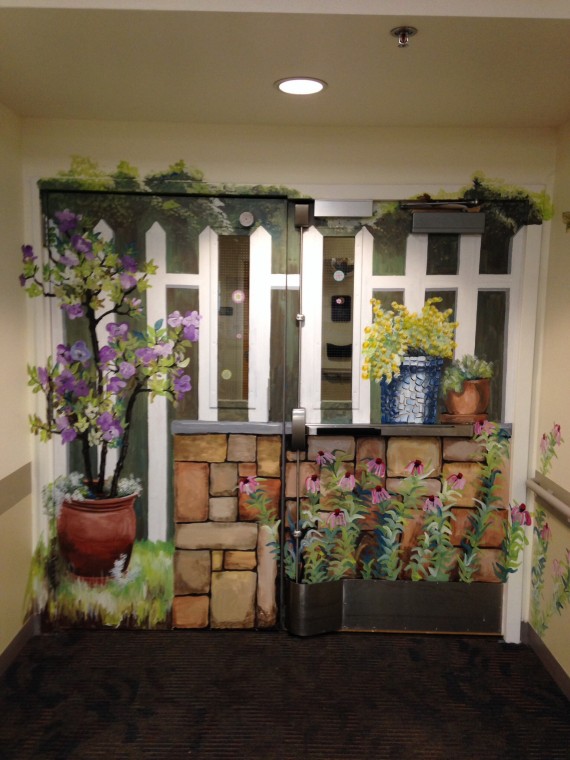 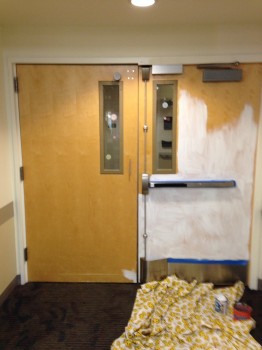 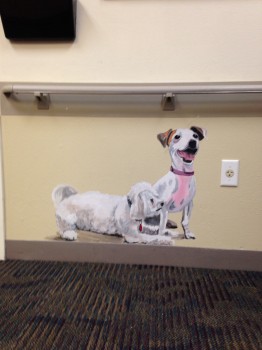 I want to start off by telling you, when I get dementia and have to be in a dementia unit, THIS IS WHERE I WANT TO GO!

I am, besides being a mural painter, a retired nurse.  While In nursing school I worked in a nursing home at nights to gain experience. What a HORRID place! I wouldnt place my worst enemy (if I had one) in one of those places! I also worked during my preceptorship, among other areas, in the VA dementia unit. That place wasnt as bad as the nursing home but it was still pathetic and sad.

The Good Samaritan Society nursing home was however, an amazing place, filled with love and charity, respect and fun! They put the “good” in Good Samaritan. I love these guys!

Here’s what I did for them;

The assignment I received was to make a very institutional dining area look inviting and homey And sometimes hiding stuff not so attractive. I hid the TV cords with birch trees, gave the ugly clock a new look and made a flowering birdhouse out of this weird looking light that kills germs. I wanted it to feel like fresh air and give an appearance of distance so I decided to “expand” the dining area to appear like it was an outdoor cafe, and beyond. Here’s what I came up with 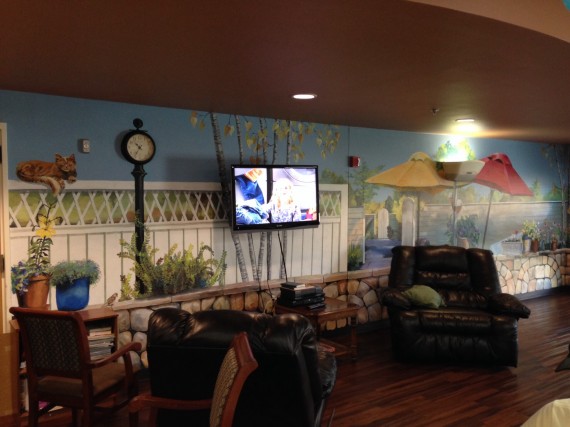 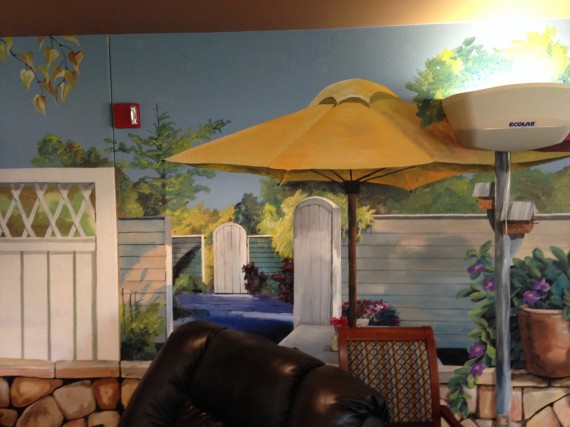 I also threw in another mural in this facility For “love and taxes”. While doing the dining room mural, I heard behind the wall some really beautiful music…it sounded like angels! They were singing old hymns, patriotic songs and other songs I’d learned as a child. I have a difficult time remembering things. I always have. But if I hear a song a couple of times, I will always remember the words, so I sang with them while I painted. I learned later that these were residents in the dementia unit singing.  Anyway, I did a mural on the door there for them. What I needed to do was make this institutional looking door, one they were trying to go beyond, look not like a door. I needed to disguise the windows, which I did by turning them into a picket fence and also disguise the handle, which became the capstones for a rock wall and other elements that said it was a door.  At the top of this post are the before and after. Oh, and also to make the diversion even more effective, I painted on the wall before they get to the door 2 little dogs, dogs brought in every week by one of the resident’s family. The idea is they start for the doors and before they get there become interested in the dogs. It seemed to work!

I loved painting for these people! 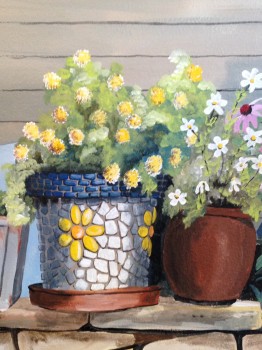 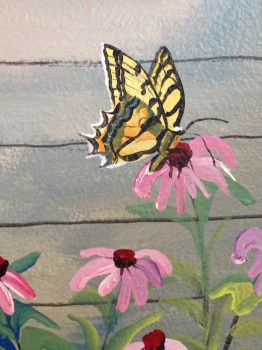